Representatives of companies such as IKEA, Nike, McCann, Desigual and Ecoalf shared their experiences with the impact of technology on new models of physical stores

“We have to inspire and serve consumers through innovation, stories, and experiences that are more personal and memorable,” declared Sergi Ricart, Director of Retail Marketing at Nike and ESADE alumnus, at the fourth edition of the Retail Revolution Conference, organised by ESADECREAPOLIS and the ESADE Alumni Marketing Club. At this event, representatives of companies in various retail sectors explained how their brands had adapted to an exponential digitalisation process. The speakers highlighted aspects such as multi-channel processes and the creation of interactive experiences to attract consumers who, according to Mr. Ricart, “have higher expectations than ever and want more personalisation”.

According to Maite Carrillo, Executive Creative Director at McCann, in a context in which products are becoming more and more similar to each other, brands must work harder to get the attention of increasingly demanding consumers through creativity and disruptive communication. “Lately, we’re not competing with other brands; we’re competing with the consumers themselves,” she explained.

According to Ms. Carrillo, the retail sector is characterised by three aspects. First, today’s empowered consumers want as much personalisation as possible. Second, the retail sector is defined by the existence of disruptive business models, arising in part from the advent of major digital platforms. And third, now that consumers tend to use an omnichannel shopping process, there is no longer much difference between e-commerce and brick-and-mortar stores.

David Imbernon, Sales Expansion Manager at IKEA, discussed his company’s strategy for positioning itself in today’s main shopping channels. In customers’ minds, he explained, “IKEA has always been a predictable brand.” Consequently, the decision to open centrally located stores in major cities has constituted a surprising reinvention. Mr. Imbernon also highlighted the value of time in today’s society, which has posed a barrier for IKEA because of its business model. One of the company’s main objectives, Mr. Imbernon explained, is to become closer and more accessible to customers by simplifying processes and opening stores in city centres. This idea – simplifying and facilitating the purchasing process – was echoed by most of the speakers at the event, including Mr. Ricart and Ms. Carrillo.

Manu Monasterio, who teaches marketing at ESADE and specialises in the Chinese market, explained that the use of artificial intelligence is now a reality in the retail world and defended its role as a positive development for the sector. According to Mr. Monasterio, robots will not dominate strategic decision-making. Instead, they will add value and provide support for strategic decision-makers. This support, he explained, allows executives to approach decisions with “creativity, vision and enthusiasm”, enabling them to create unique experiences to earn customer loyalty. Mr. Monasterio also highlighted the concept of glocal – creating global brands and selling them locally. Mr. Ricart espoused a similar philosophy: “Customers want to have the best experience right in their own neighbourhood.”

This conference was organised by Retail Forum, a platform designed for meeting, exchanging and sharing knowledge, with the aim of promoting innovation and the transformation of the retail sector. During the event, Marc Cortés, General Manager of RocaSalvatella, presented the platform’s new project, Retail & City Lab, a space for plural and independent reflection on retail as a transformational force and the backbone of city life. 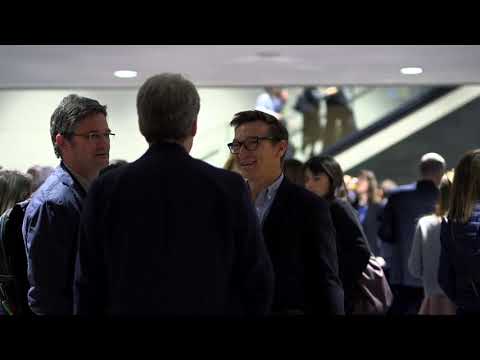