Federica Mogherini, former high representative of the EU for Foreign Affairs and Security Policy: “No European national interest can be dealt with outside the multilateral system”

Javier Solana and Federica Mogherini believe that the EU must be a more active leader as a guarantor of global security and must, therefore, advance its economic and financial integration

In the current geopolitical landscape in which the multilateral system of international relations has become increasingly eroded and threatened by friction between world powers, Federica Mogherini and Javier Solana, former high representatives of the EU, both stressed the importance of giving fresh impetus to the project of European integration and of the EU being a more active leader as a guarantor of global security, during today’s conference at Esade Madrid, on the occasion of the fourth ‘Public Agenda’ programme held by Esade and the communication and public affairs consultancy Kreab. “In this new global scenario in which confrontation is apparently more important than cooperation, the EU must be a staunch defender of multilateralism in the settlement of international conflicts,” said Solana. Meanwhile, discussions are taking place in Europe about whether this confrontation tendency in foreign policy might benefit some European countries. In this respect, Mogherini pointed out that “in Europe, no country is large enough to act unilaterally or bilaterally and still retain its global leadership,” and so, she added, “no European national interest can be dealt with outside the multilateral system.”

As both of these former EU high representatives pointed out, the response to today’s global crises – such as the struggle against climate change, the prevention and control of new viruses, the increasing threat of nuclear proliferation and the upsurge in authoritarian political stances and discourses that are undermining democracies around the globe – can only be effective within a framework of international cooperation.

Mogherini acknowledged that “the EU is at a critical stage where it needs to be bold, and recognise that as a unified force it has the economic and military instruments to deal with these global challenges and assume its responsibilities as a guarantor of stability and security in the world when others no longer do so.” In her opinion, “on the one hand, we must develop our military capabilities. Hard power in itself is never the solution but sometimes, when combined with soft power measures it can be a necessary part of the solution; and on the other, we need to become more self-sufficient by means of economic and monetary integration, and making the euro a stronger currency in trade and financial markets,” because this remains “one of the main barriers we face when adopting a more active stance, always with a cooperative approach.”

Along the same line, Solana recommended that the EU “look beyond the single market and make a decisive commitment to leading in foreign markets” in which respect he mentioned the success of Airbus, which “should be an example for developing the region’s economic competitive edge.”

Mogherini commented that the EU should continue to regard the US as a strategic ally, “even though they are making things difficult for us in certain basic areas such as nuclear proliferation by actually walking away from a Security Council resolution.” The former high representative considers that the US election campaign will be an interesting moment to try to maintain certain stances which will be put to the test by existing friction.”

Solana pointed out the importance of the EU remaining strong and united in the face of figures such as Donald Trump, who seem determined to dismantle it, and oppose any multilateral arrangement. “Reversing European integration would weaken us and this is precisely what other agents in the global landscape would like to happen,” emphasised Mogherini.

As regards the war in Libya, Mogherini regards power and resources as the fundamental issues at stake. The former high representative believes it is essential for neighbouring countries and the great geopolitical powers with economic interests in this area (due to its oil and natural gas reserves) to make a decisive contribution to the solution. “Just over a year ago, some European countries understood that although they might have partial or conflicting interests, there is a common interest that is far more important, with implications for security, the economy and migration worldwide: i.e. for Libya to come out of chaos and regain its stability,” she said. On the other hand, Mogherini has identified another layer of complexity extending beyond resources: “the real discussion at stake in Libya concerns an ideological and political matter about whether political Islam can represent a legitimate, democratic player in the political landscape in the Muslim world,” with implications for the entire region.

In the same vein, she feels that one of the main focal points of the development of international politics this year will be the Persian Gulf where three major events will take place: the G-20 summit in Saudi Arabia, the World Expo in Dubai and the World Cup in Qatar. “These events, which particularly require international cooperation, might entail a possible clash between the region’s economic and political interests,” she emphasised. The former EU high representative hoped that reason would prevail on the grounds that “it is better to cooperate and do business together than to exacerbate ideological or political differences.” In this respect, she concluded, “the European Union should set an example.”

The co-directors of the programme, Angel Saz-Carranza, director of EsadeGeo, and Eduardo Madina, director of Kreab Research, also spoke at this event. 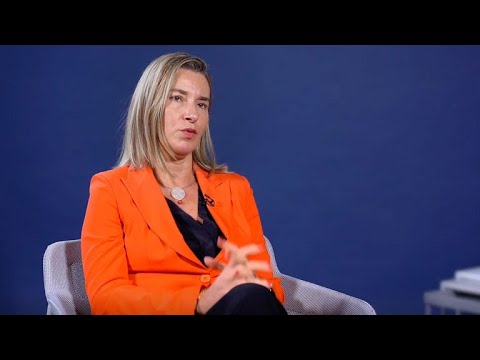