Andrew McDowell, Vice-President of the EIB: “Being the EU climate bank means we stop financing fossil fuels and align with the Paris Agreement goals”

Given the current climate emergency, the energy transition can only be brought to fruition through the concerted action of multiple stakeholders, which will allow us to advance towards a new social and economic model. Regulators and investors must play a fundamental role in these efforts. These are some of the main conclusions of the eighth edition of the Global Annual Energy Meeting, organised by EsadeGeo and the Representation of the European Commission in Spain and held today at the European institution’s headquarters in Madrid. Under the title “Policy Planning and Investment in the Age of Energy Transition”, the meeting brought together business and political leaders to analyse the intersection between policy planning and investment for the energy transition. Andrew McDowell, Vice-President of the European Investment Bank (EIB), explained how the financial institution is working on modifying its energy lending policy and aligning itself with the objectives of the Paris Agreement: “Being the EU climate bank is not just about what we do more of, but also what we stop doing. As we continue our work with other international financial institutions to contribute to the EU climate action goals for 2030 and 2050, we have already proposed to our Board of Directors that the EIB become the first multilateral financing institution to stop approving all unabated fossil-fuel-based energy projects from 2020. We are also intensifying our investment in energy-efficiency and renewable-energy projects.”

Javier Solana, President of EsadeGeo, and Francisco Fonseca, Director of the Representation of the European Commission in Spain, gave the opening remarks. Teresa Ribera, Minister for the Ecological Transition in Spain’s acting government, commented: “To accelerate and facilitate progress in the energy transition, we need cooperation between political leaders, regulators, financial institutions and investors, among other stakeholders. Activating the levers of change requires that appropriate signals be given and joint action be taken.”

In addition to the reduction of carbon emissions and climate mitigation and adaptation, another great challenge of the ecological transition has to do with collateral effects in the social and economic spheres. Teresa Ribera stressed the importance of European institutions viewing the energy transition as “an opportunity to promote a context of constructive multilateralism and move towards a development model that combines climate sustainability, competitiveness, inclusiveness and social justice – a model that does not leave behind any group or any of the vulnerable regions that stand to be most heavily affected by this process of change.” Andrew McDowell observed: “We have to see the energy transition as both a challenge and an opportunity.” He added: “The EIB has already committed to offering additional help to EU countries – mainly new member states –, which are further behind in the shift from fossil fuels to clean energy. In addition to addressing energy needs, a fair and equitable transition must also consider the employment needs of the population in regions across the EU that will be most affected by the decarbonisation of the economy.”

The event also included two panel discussions featuring business leaders, politicians, and experts on the energy transition. The first panel, moderated by Marie Vandendriessche, Senior Researcher at EsadeGeo, highlighted institutional perspectives on the energy transition at the international level. The panellists were Christian Egenhofer, Senior Research Fellow at CEPS, Xavier Casals, Senior Expert on the Energy Transition at IRENA's Knowledge, Policy and Finance Centre, Tiina Jortikka-Laitinen, Finnish Ambassador to Spain, and Quentin Genard, Acting Head of the Brussels office at E3G. The second panel, moderated by Iván Martén, Senior Fellow at EsadeGeo, focused on new technologies and frontiers in the energy transition. The panellists were Luis Cabra Dueñas, Executive Director for the Development of Technology, Resources and Sustainability at Repsol, Elena Bou, Director of Innovation at KIC InnoEnergy, and Pierre Abadie, Executive Director of Investment in the Energy Transition at Tikehau Capital. In his closing remarks, Javier Solana highlighted the importance of meetings like this one for building bridges between political and financial institutions, high-level international decision-makers, and the people on the ground, in a spirit of collective commitment to combating climate change. 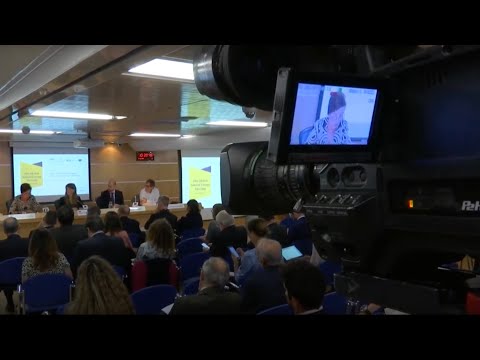 Esade participates in ‘Tech Spirit Barcelona’ and contributes its knowledge on entrepreneurship, innovation, and eSports